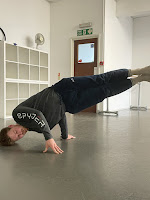 As the dance world begins to open up again, I’m so glad to be back in the studio rehearsing Sonia Sabri Company’s family show Same Same…But Different before we head out on tour.

In rehearsals the body is worked, and this leaves me with a feeling of having put in a hard day’s work.

I enjoy how dance, and this show in particular, with its movement, playfulness, and music, touches the many parts of my being, physically and emotionally. 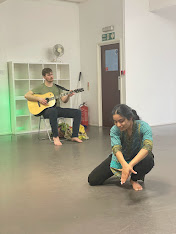 As well as dancing, I am extending my repertoire by incorporating sections on my acoustic guitar.

This is my first time playing the guitar to accompany dance and there is something very particular about dance and music performed together live and how they become a duet.

I usually write music by myself, so it’s been a journey of discovery for me learning new ways of collaborating to help tell the story of these sections. 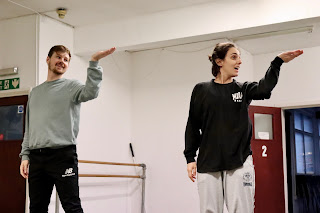 The show is propelled by the idea of difference and belonging embodied in the phrase, “Same same… but different.” In the show, three friends playfully wrestle with their own difference and belonging. I was drawn to the project in part because of this idea. I was born in New Zealand, grew up in the US and Singapore, and moved to the UK 10 years ago. I became a British citizen five years ago.

At the centre of my own immigrant experience has been this process of navigating difference and belonging. It’s been a process of discovery, but it has also been a process of frustration and contradictions. Moments that mark us out as different. It might be dress, accent, what you eat, what makes you laugh. Even when these differences are received positively, they are still seen as differences. However, these experiences of feeling different are not limited to me or the immigrant experience. It’s something we all experience at one time or another. The beautiful thing is that we have a choice to engage with our own and each other’s differences, embrace them, celebrate them, and at the same time see the many ways in which we are all the same. 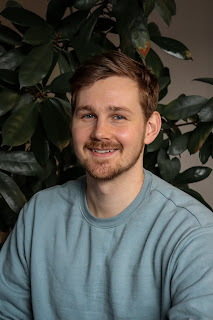 Another theme I’ve been reflecting on in the piece is discovery, particularly in the context of a family show. I’ve been at home this week in between rehearsal weeks and spending time with my ten-month-old. He and I make lots of discoveries together. Things that have become very normal to me he helps me rediscover. During bath time, I dunk a cloth into the water, lift it out, and he watches the water pour out in a long stream. He tries to grab it like it’s solid and watches it break around his hand. He tries to stop the drip at its source, putting his hand on the cloth and then watching the water run down his arm. He looks at the water curiously and then looks back at me, sharing the discovery with me. It reminded me how there are things in the world that children are best suited to discover.

Throughout the show, there are many discoveries that our characters have about the world, each other, and themselves.

I am so looking forward to seeing how the audiences and children in particular react to the show and to hear their joy and laughter as the performance unfolds.