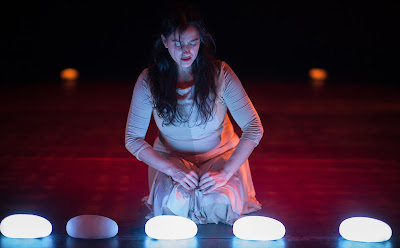 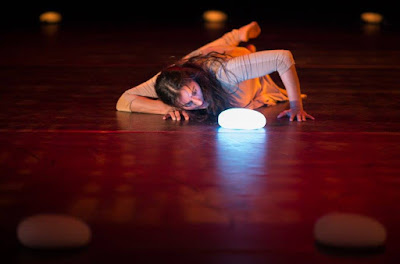 The Old Rep Theatre, Birmingham, 15th February, 7.30pm;
Swindon Dance, Swindon, 23rd March, 7.30pm.
Photographs by Simon Richardson
Writer and Reviewer: Abigail Remmer
Lisa Godsal
Comments
23-01-2017, 08:21 Kathak, Reviews, Sonia Sabri Company
Interview: Crossing Boundaries with Kathak
An excellent interview with Sonia Sabri features in the January issue of Arts Industry magazine.
In the article Sonia light-heartedly reflects on her own training, the formation of Sonia Sabri Company and some of the memorable moments since the company’s conception in 2002.
The history of Kathak is also touched upon as Sonia describes the evolution from a storytelling device to a classical art form. The interview also offers an insight into Sonia’s own history and relationship with dance before the formation of Sonia Sabri Company.
Sonia goes on to talk about the company’s commitment to presenting South Asian inspired music and dance in an energetic and exciting way, discussing how the company’s work can appeal to people of all ages and cultural backgrounds.
The article is a wonderful reflection of the company’s work and Sonia and Sarvar’s commitment to producing high quality, innovative art and learning opportunities.
Arts Industry magazine is the only magazine available both in print and online for Britain’s cultural community. The magazine provides articles and interviews as wells as the latest news and job vacancies.
For more information about Arts Industry magazine and to read the article in full visit their website: http://www.artsindustry.co.uk 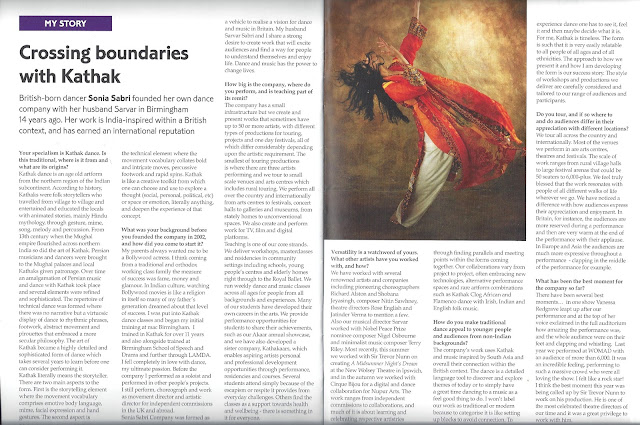 14-12-2016, 04:59 Reviews, Sonia Sabri Company
A Year Well Spent
‘From small beginnings come great things…’
It’s been nearly a year since I started my job in marketing with Sonia Sabri Company, and what a year it has been! With both Christmas and the New Year now approaching I couldn’t think of a better time to look back at some 2016 highlights and accomplishments this wonderful company has achieved (I’d love to mention them all, but that could take me another year!).

Salaam
Salaam was my initial introduction to the company’s work, and was the first show I got the opportunity to attend. We have performed this momentous show 14 times this year, and each time brought delight, wonder and peace to a different location! ‘Salaam’ shows the true beauty, complexity and talent involved with Kathak dance and South Asian music, while promoting the incredibly important message of peace in times of conflict.

Lok Virsa
After the success of last years Lok Virsa we decided to continue it through 2016, making it bigger and better as we go. Lok Virsa is an exhilarating festival of art, music, dance and performance, and we have received some truly wonderful feedback from its attendees. We love offering this as a free event for all to join in with and experience the arts first hand, I too found this to be a fun and interactive way to learn all about South Asian art. (You’ll often find me rushed off my feet at the Rangoli stand.)
They Shall Not Pass
This performance was a personal favourite of mine, in which we collaborated with an eclectic mix of performers including Kathak, Clog, Flamenco and African dancers and musicians. This performance is an incredible example of how different cultures can not only rub alongside eachother, but can work together to create new and beautiful ideas and art; a message that I think we should all promote.
A huge thank you to everyone at Sonia Sabri Company, and to everyone who supports, collaborates and connects with us. You have all helped to make this year incredible.

Touring the UK and internationally in 2011-12, Kathakbox is our new production which brings together Kathak dance, hip hop, contemporary dance, beatbox, tabla vox and spoken word. We asked some of of our audience members at the Corsham Festival, Wiltshire; The Stephen Joseph Theatre, Scarborough; and The Arena Theatre, Wolverhampton what they thought of the show. As you can see, people of all ages and backgrounds are loving it!